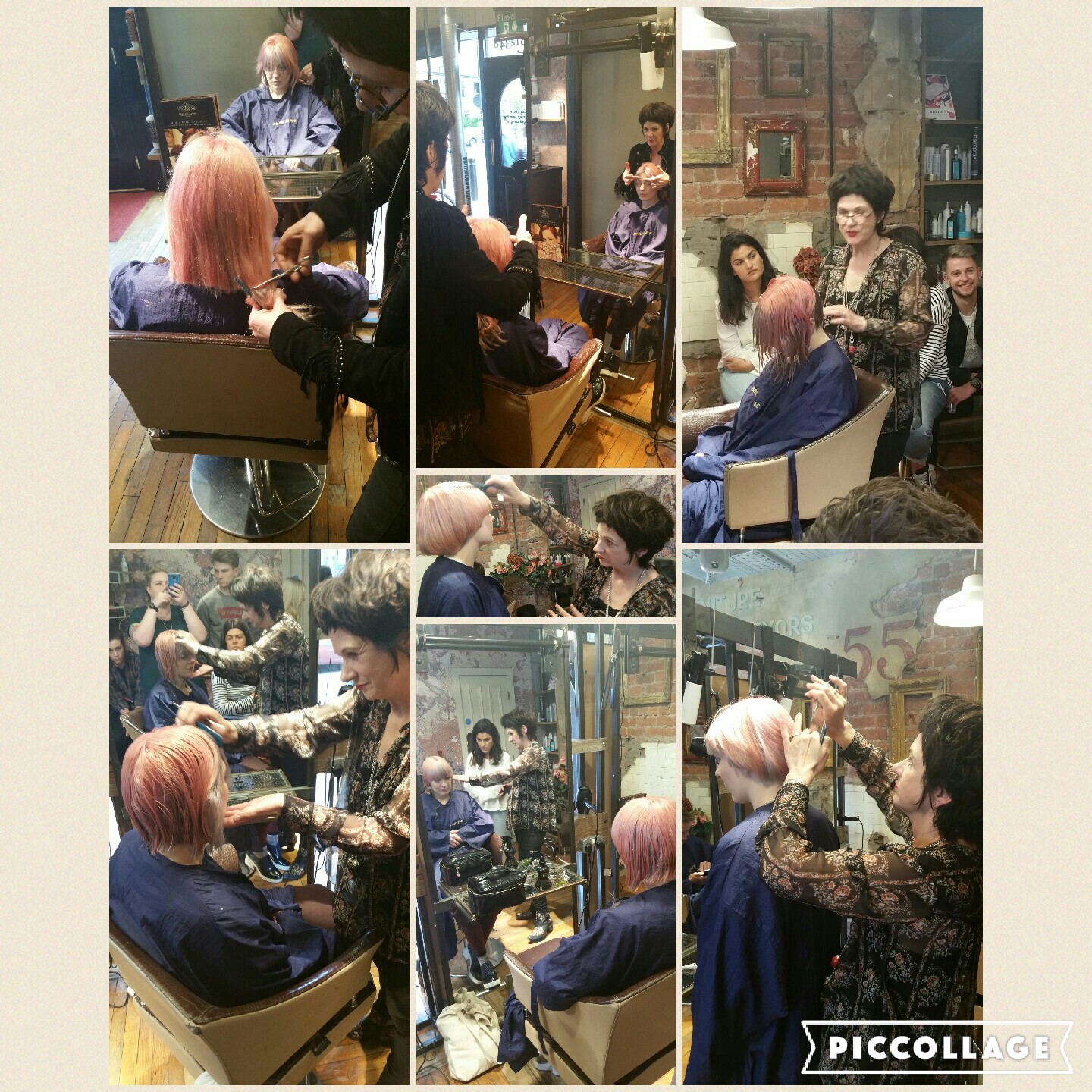 Posted at 09:59h in Latest News, Training by Sas

This week was an exciting one for training. Abi, a long-standing model of ours, contacted Kim saying she fancied a bowl cut. That may well fill many of you with fear and dredge up memories of terrible home cuts  with a pair of blunt kitchen scissors, but for Kim it presented a welcome challenge, and a blast from the past harking back to her Sassoon training days. 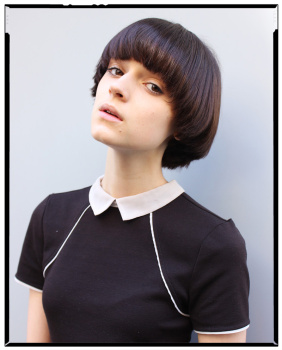 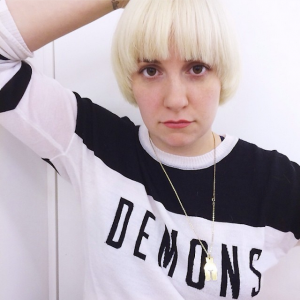 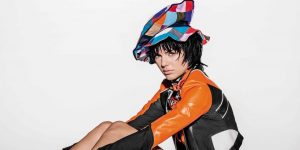 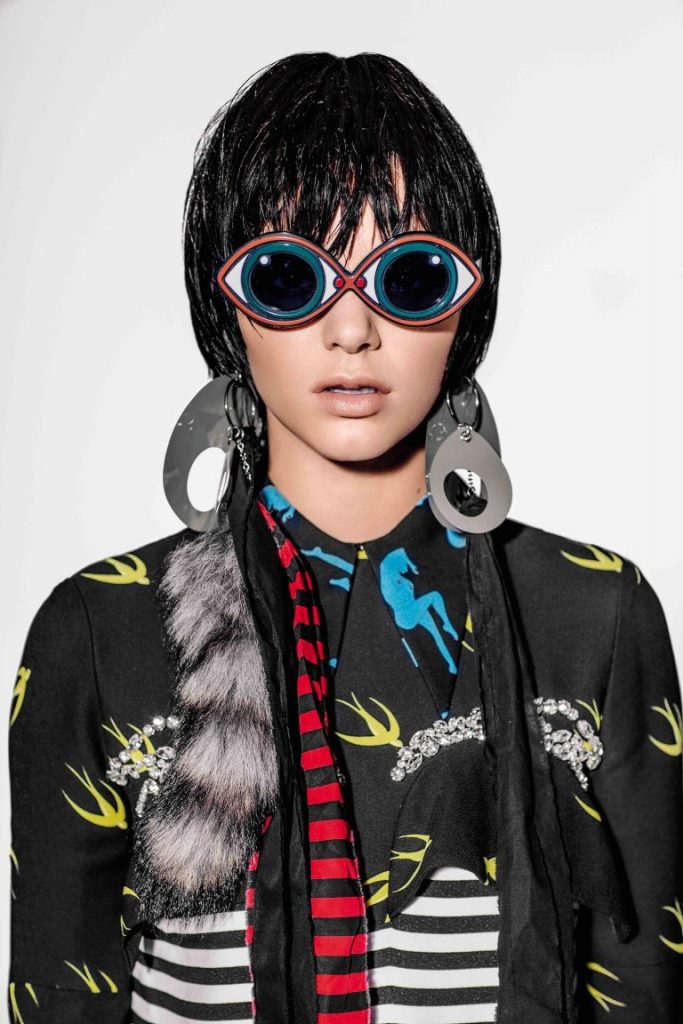 Back in the salon, and rather than have just one apprentice cut Abi’s hair, Kim decided to arrange a demo day, with cuts of this nature being few and far between when you’re as far north as we are, so that apprentices and stylists alike could learn and enjoy being able to watch a cut outside of their general repertoire. Abi first came in to us on Tuesday for a colour overhaul. One of our newest apprentices Natalie, overseen by colour trainer Saskia, transformed her regular brown and blonde ombré by pre-bleaching then two toning the hair into a My Little Pony super-hero pastel colour combo, ready to be complimented by the big chop. 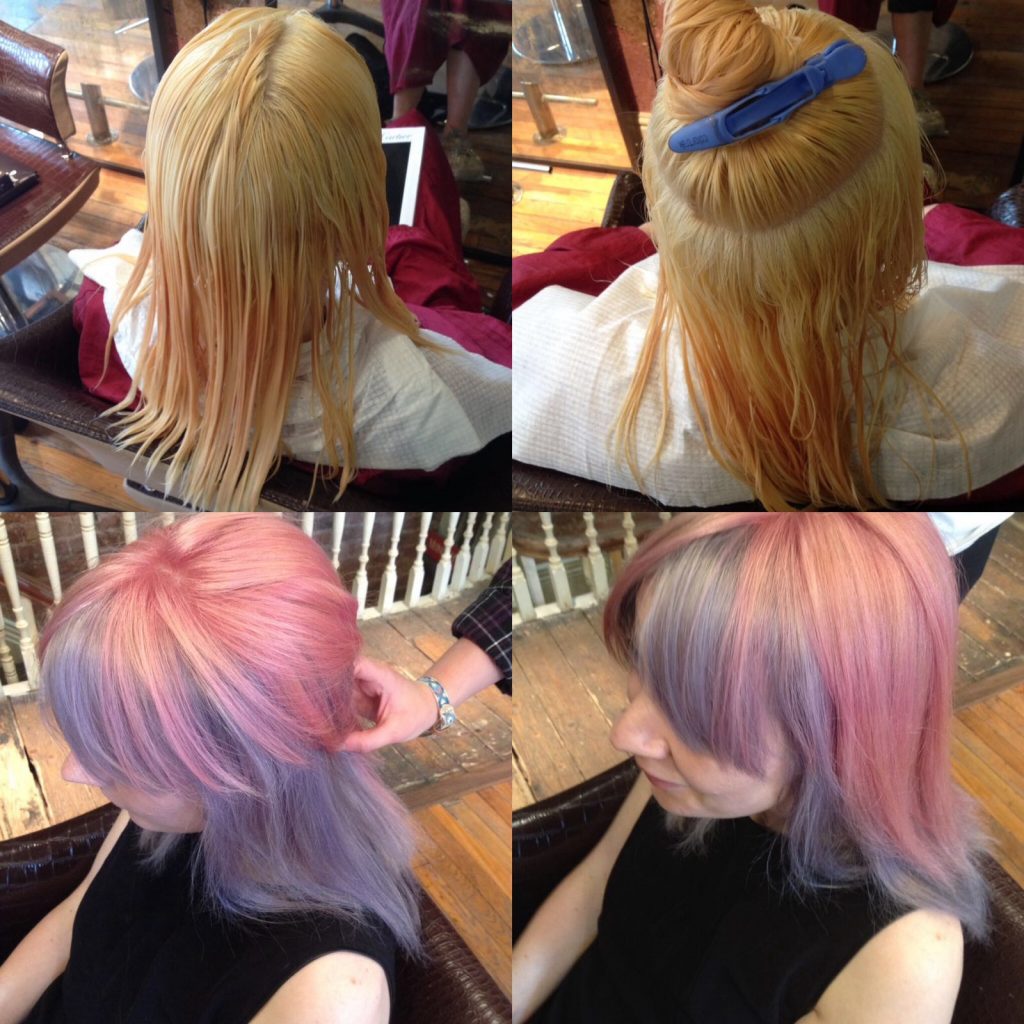 Wednesday then rolled around and Abi was back in the salon for her bowl cut. Kim regaled us with plenty of old hairdressing anecdotes from her past making for an interesting trip down memory lane whilst watching the new style of Abi’s hair take shape. 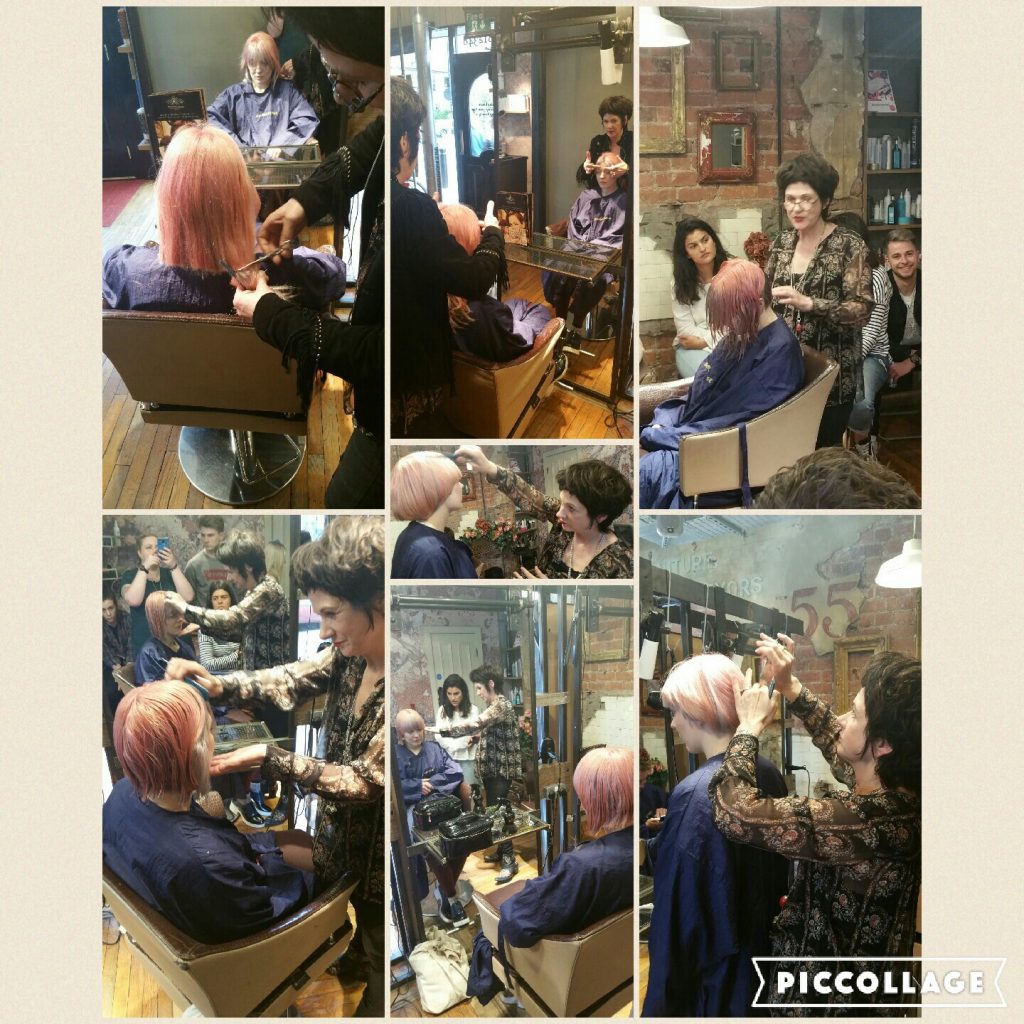 Also in on Wednesday for training was Sera, our occasional photo-gal, who had her hair colour corrected by Hope and cut by Brandon to achieve a stunning mermaid-esque bleach and blue ombré effect. 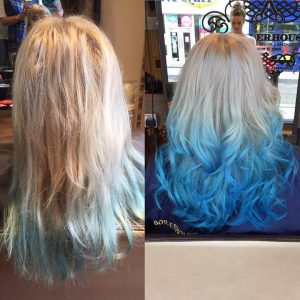 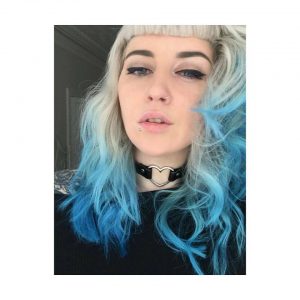 We love creating not the norm styles and colours on training days so if you’re thinking of having something that pushes boundaries, please get in touch. Perhaps you can feature as on of Kim’s future seminar models? Call us on 0191 2812348 to enquire. 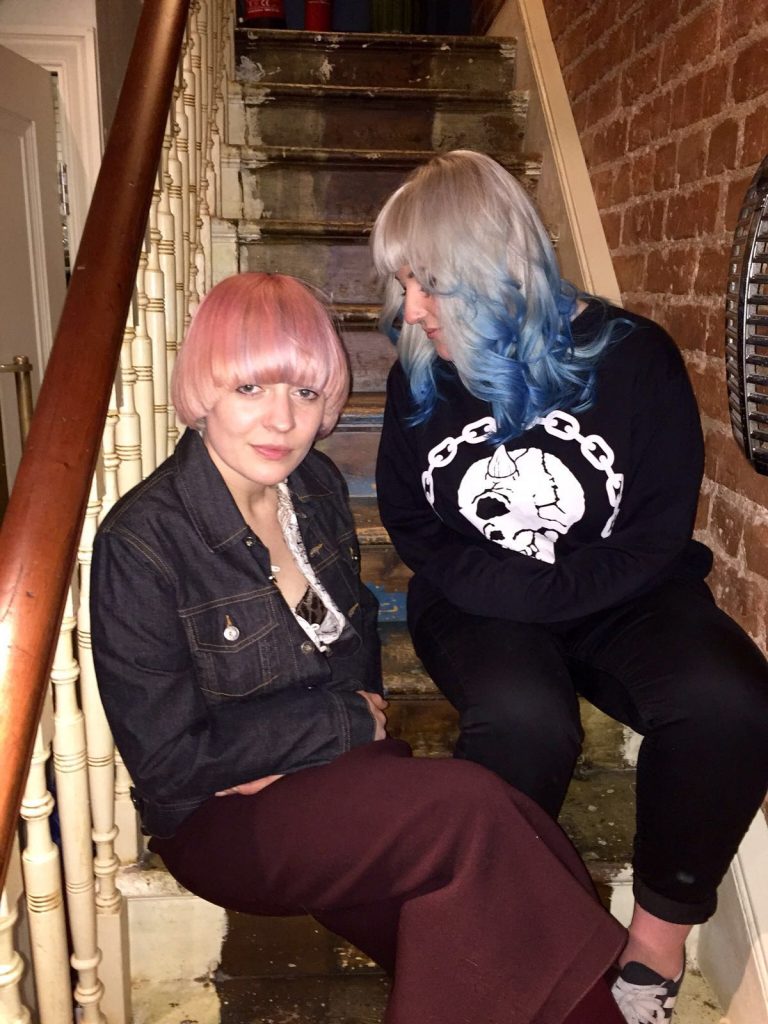 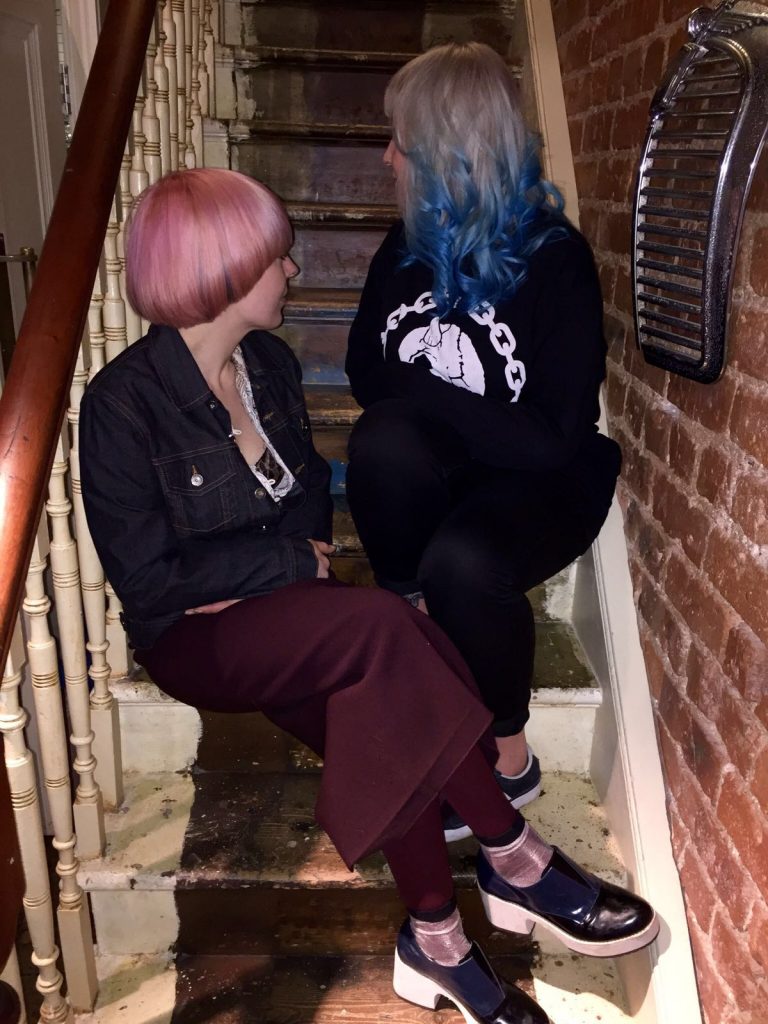